The Fiscardo shipwreck is located at the southern side to the entrance to Fiscardo harbour. It lies at a water depth of 60m. At first glance, based on the amphorae found, is considered    to as a Roman ship between the 1st  cent. B.C. and 1st cent. A.D.  The ship’s cargo is in good condition and keeps the ship’s shape (FIG. 1). The cargo is 30m long, 12m wide and stands 1.2m above the seabed. The dimension of the cargo suggests that the ship’s length would be between 34 and 36m, making it between the largest ships that were crossing the Mediterranean Sea at that time.

FIG.1 Photomosaic of the roman wreck on the seafloor 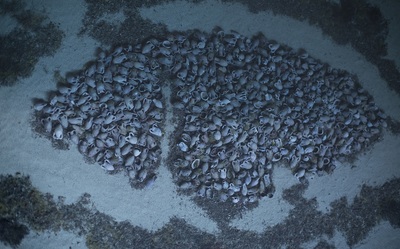 FIG.1 Reproduction in scale of the roman wreck on the seafloor
The average roman merchant ship of that time was around 15-20m long capable of carrying 70 tons of cargo. These ships were usually used for short and medium length coastal voyages. There were also ships with higher tonnage capacity used for trans-Mediterranean crossings. The Madrague de Giens (France) shipwreck had a length of 40m, a width of 16m, a capacity of 400 tons and could carry between 7,000 and 10,000 amphorae. However, based on written sources, were a few even larger ships, such as the Caligoula carrier, which had a length of 70m and a capacity of 1,200 tons. 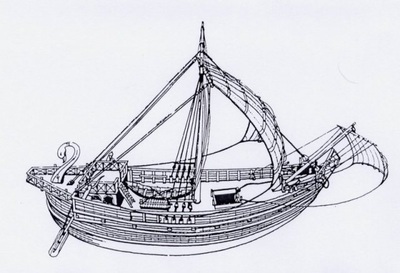 Fig. 2. Drawing of a medium size Roman merchant ship of the 3rd century AD ship (by J.Pittaway, Brockhampton Press, 1970) respectively. The ships were steered with two oars dragging at the back of the ship - one on the starboard and the other on the port side. 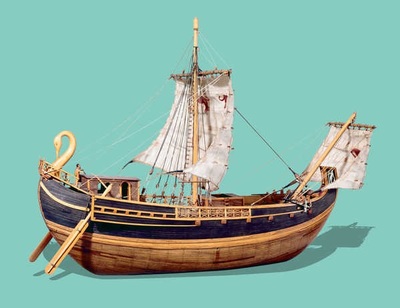 Fig. 2. Reproduction of a medium size Roman merchant ship of the 3rd century AD ship (http:bertan.gipuzkoakultura.net23ing5.php), respectively. The ships were steered with two oars dragging at the back of the ship - one on the starboard and the other on the port side.
The Roman merchant ships had an overall uniformity in design with a few differences depending upon the region they were sailing. They were powered by sailing, were single- masted with a single large square sail. However, as the vessel size and tonnage increased in time, they added a second mast (Fig. 2). The ships were sailing at a speed of between 4 and 6 knots and experimental work has shown that a crew of 4 to 5 people could operate a ship with a single mast and of 150 tons capacity. Pliny and other ancient historians described trips of two days to travel from Rome to Carthagene, six days from Rome to Alexandria and seven days to cross western Mediterranean from Rome to Gades (Gadiz) (FIG. 3). Trading in the Mediterranean Sea reached its peak during the Roman Empire, at the end of the Republic and the beginning of the imperial periods. Goods such as cereal, wine, oil, olives, e.t.c. were transported throughout all the Mediterranean harbours having as final destination Rome, the capital of the Roman Empire. 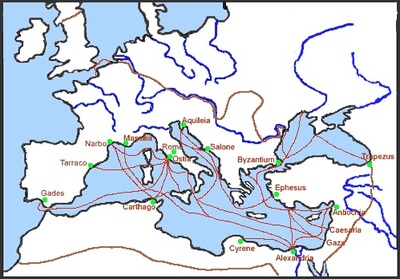 Fig. 3 Map of the Mediterranean Sea with the main harbours and the principal trade routes (2nd cent. AD) [http://historylink101.com/2/Rome/roman-ships.htm] 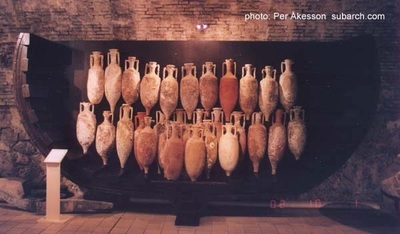 Fig. 4. Cross-section across a vessel showing how the amphorae were stacked in layers in the hold of a ship for transportation.
The standard shipping container for transporting wine, oil, olives, cereals but also other foodstuffs were the amphorae. The amphorae varied in height, they usually had a length of 0.5m. Most amphorae were produced with a pointed base to facilitate transport by ship, where the amphorae were packed up-right held by some sort of rack or embedded in sand and rope passed through their handles (Fig. 4).
back